Here's Why You Rarely Saw Barron During Trump's Presidency

When Donald Trump gave his final speech as the 45th President of the United States on Wednesday, January 20, his son, Barron Trump, was nowhere to be found. The rest of the family, including Trump's wife Melania, his daughters Ivanka and Tiffany, and his sons, Donald Jr. and Eric, gathered at Joint Base Andrews for his final sendoff. Barron, however, was notably missing in action. Many wondered why the 14-year-old was not in attendance during the momentous event and a firestorm of questions rang out on social media.
One Twitter user posted, "Did they leave Barron inside?", giving a nod to the former first son’s former home, The White House. Another user said:
"Did Trump just Home Alone Barron Trump? I didn't see him get on [Air Force One]. The Bidens better check the basement."
Barron was also absent from the Trump family's Christmas card in 2017 and, as Eastbay Times reported, many accused his parents of a snub. Years later, it was alleged that Barron was left out of his family's annual Christmas Eve dinner, according to Express.
Another tweet rang out after the Trump family’s 2019 celebration, asking:
"So where's the kid? Where's Baron? Does he not spend time with any of his children, when they are teenagers? It's Christmas, and you would think they would've showed off the kid."
From the moment former President Donald Trump won the 2016 election against Hillary Clinton, Barron Trump, just 10 years old at the time, was subject to harsh criticism and downright bullying on social media for his demeanor during his father’s victory speeches.
As The Sun reported, it was 3 in the morning and Barron was obviously exhausted, and likely bored, like any kid his age would be. But the internet trolls, and likely some angry critics of the controversial election, took out their frustrations on the young Barron. According to the outlet, one Twitter user went so far as to comment:
"Meanwhile Barron trump looking like Damien the antichrist."
Sadly, it didn't stop there. Even celebrities thought fit to bring Trump's youngest into their political commentary. Most notoriously, in a since deleted video, Rosie O'Donnell, without any prompting, speculated that Barron might have autism. Variety reported that the often outspoken O'Donnell:
"shared a seven-minute video compiling clips from the Republican National Convention, the presidential debates, and Trump's acceptance speech that suggested 10-year-old Barron might be showing signs of autism."
At the time she claimed she raised the issue because her own daughter was on the spectrum and she doubled down in a since deleted tweet defending her controversial video, saying:
"what an amazing opportunity to bring attention to the AUTISM epidemic"
Regardless of O'Donnell's motivation, bringing a minor into the conversation was inappropriate and she was quickly chided for her lapse in judgment.
Chelsea Clinton was one of Barron Trump's most fervent defenders, at the time, and her ability to put aside her partisan alignment and see the potential harm of mocking a child in the media, likely came from first hand experience. In a tweet from August of 2017, Clinton demanded:
"It's high time the media & everyone leave Barron Trump alone & let him have the private childhood he deserves."
Melania Trump was obviously well aware of the online bullying and criticism of her only child and she quickly took to Twitter to thank Chelsea Clinton for her support, writing:
"Thank you @ChelseaClinton - so important to support all of our children in being themselves!"
It was less than a year later that the former FLOTUS launched her "Be Best" campaign, which would focus on childhood mental health issues and social media bullying.
While the exact reason behind Barron's absences may never be disclosed, they could simply be the result of his parents, especially mom Melania, wishing to shelter him.
As some might recall, Melania was forced to speak out against professor Pamela Karlon in December 2019 after she used Barron to make a point about President Trump not being above the law.
The professor’s attempted zinger did not land, and Melania immediately fired back on Twitter, saying:
"A minor child deserves privacy and should be kept out of politics. Pamela Karlan, you should be ashamed of your very angry and obviously biased public pandering, and using a child to do it."
A short time later, Karlon offered a public apology for her comments about Barron, saying:
"I want to apologize for what I said earlier about the president's son. It was wrong of me to do that. I wish the president would apologize, obviously, for the things that he has done that's wrong, but I do regret having said that."
#BarronTrump #DonaldTrump #MelaniaTrump
Read Full Article: www.thelist.com/317416/heres-why-you-rarely-saw-barron-during-donald-trumps-presidency/ 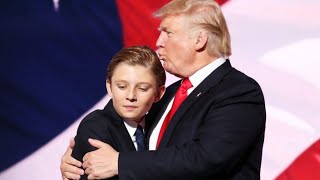 The Surprising Truth Behind Trumps Relationship With His Son 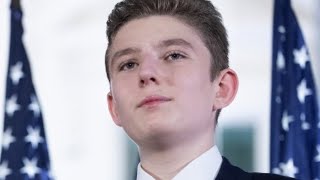 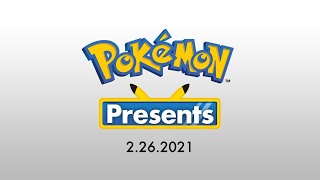 We Put Our ENTIRE Team in ONE Game of Fortnite...

Ronan Farrow: Who Were the Rioters on Jan. 6th? | Amanpour and Company

Diane Sawyer Basically Disappeared From TV. It's Clear Now Why

We Put Our ENTIRE Team in ONE Game of Fortnite...

Can We BEAT a Lie Detector?? He was so bad!😂

If My Mom Was the Principal / Funny Situations in College!

Film Theory: You Are Breathing POISON! (Phineas and Ferb)